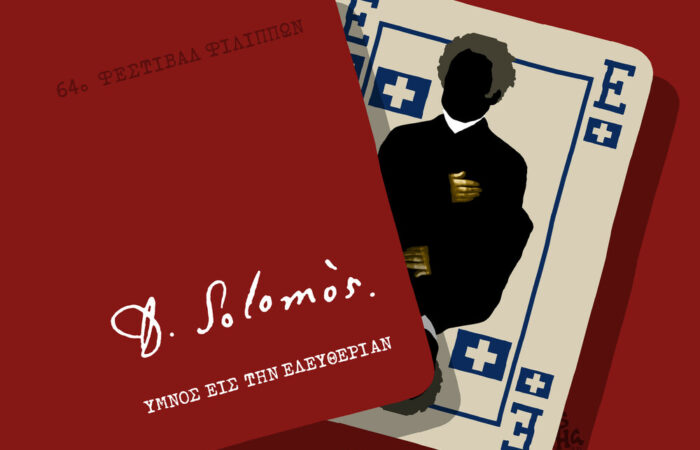 This year’s the Philippi Festival is dedicated to the Greek poet Dionysios Solomos, and “reads” again his work with a series of remarkable actions and theatrical performances. Some of them take place in the magnificent gardens of Mohammed Ali Pasha’s mansion, on the historic side of Kavala, the peninsula of Panagia.

August 9 – The Woman of Zakynthos by D. Solomos

The rhythmic prose of The Woman of Zakynthos is one of the most important texts of modern Greek literature and, for many readers, the poet’s best work. Lydia Fotopoulou, Kyriakos Daniilidis and Dimitris Naziris, under the guidance of Glykeria Kalaitzi, will present the three stages of this work.

August 12 – The universality of Freedom in Solomos and Kalvos

The writer and scholar Dionysis Kapsalis will dedicate a speech to the universality of freedom in the work of the two contemporary Ionian poets, Dionysios Solomos and Andreas Kalvos.

In collaboration with the Aristotle University of Thessaloniki and the University of Palermo (Universita degli Studi di Palermo), Professors Katerina Tiktopoulou and Maria Rosa Caracausi will read the poems of the Greek poet, who immersed himself in the adventure of modern poetry, language and expression.

Actors Aris Ninikas, Fotios Evangelidis and Maro Papadopoulou compose a double theatrical performance directed by Theodoros Gonis. The Little Prophet crosses the poetry of Solomos with all his senses. He goes through the landscapes, gets to know the people and participates in the the struggle of the Greek revolutionaries who inspired the poet.