MOHA Research Center organized a series of interactive visit projects to Mohammed Ali Museum, designed and planned by MOHA’s educational department, for children aged between 4 to 12 years old, in regard to a wide range of topics, such as the environment, cultural self-identity, intercultural awareness and the relations between Islam and the Greek, as well as Western world. It addressed not only to the youth in Greece, but also the wider public, in order to generate interest and raise awareness to every segment of the society. Learning by playing was the key factor in this project, that inholded interactive fairytale narrations, games and workshops according to a schedule over a period of 6 weeks. 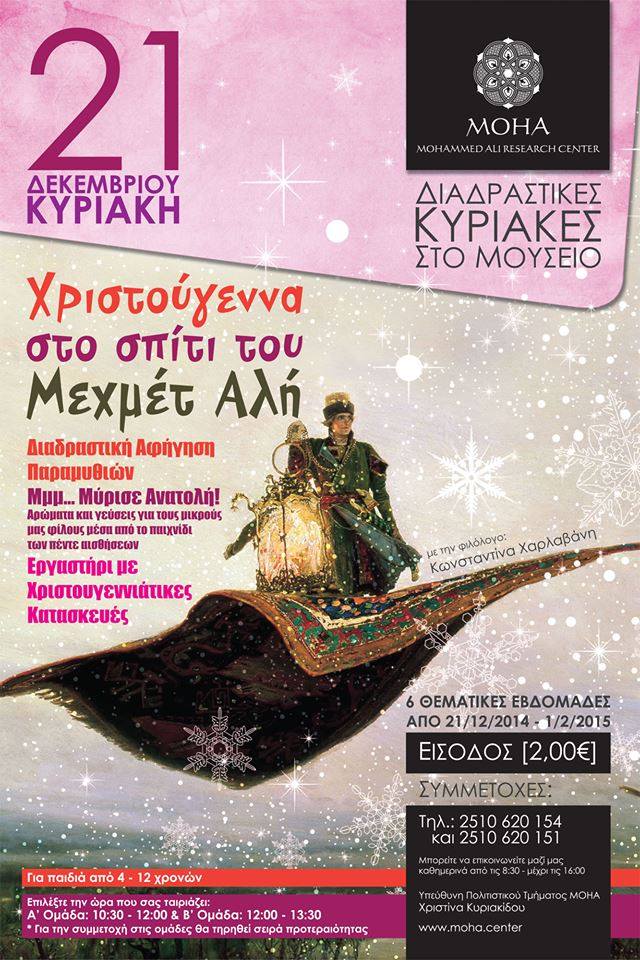 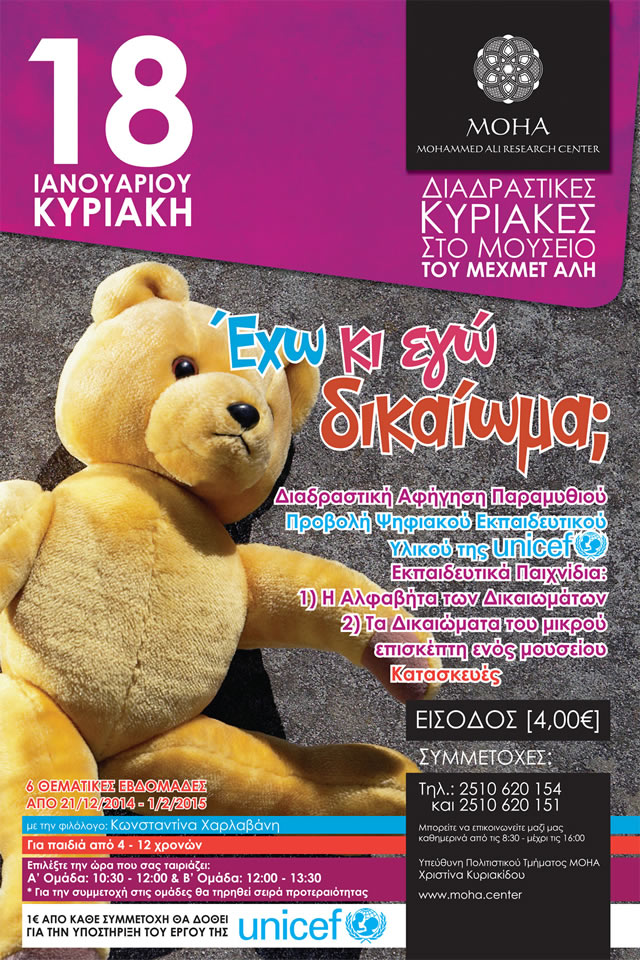